US Climber Dies Near Summit of Bolivian Andes Peak 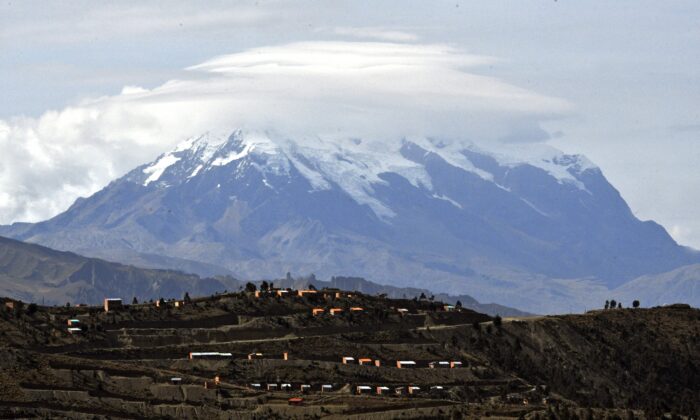 View of the Illimani mountain as seen from El Alto, Bolivia, on May 22, 2020. (Aizar Raldes/AFP via Getty Images)

LA PAZ, Bolivia—Bolivian rescue workers said Saturday they have recovered the body of a U.S. climber who died at about 6,200 meters (more than 20,000 feet) altitude near the peak of the Illimani mountain.

The name of the 24-year-old climber was not immediately released. Death was “probably because of a pulmonary edema” rather than an accident, said Javier Thellaeche of Bolivian Andean Rescue.

The man was with three guides on a three-day trek that involves spending the night near the summit of the mountain, an iconic part of the vista from Bolivia’s capital.

“It seems the mountaineer awoke feeling ill after the second night and died, apparently of a respiratory problem,” Thellaeche said.

He said more than a dozen rescuers took part in recovering the body on Saturday.

Illimani’s summit is at over 21,100 feet and it is the second-highest mountain in Bolivia.

Sticky Inflation and Job Market Tightening Will Push Fed to ...