Special Counsel John Durham was appointed by then-Attorney General William Barr to serve as the Special Counsel for the United States Department of Justice in October 2020, while Trump was president

Former President Donald Trump excoriated the mainstream media on Monday for ignoring allegations that Hillary Clinton's 2016 campaign paid a tech company to 'infiltrate' Trump Tower and White House servers in a bid to establish a link to Russia.

Trump said the bombshell claims, detailed in a court filing by Special Counsel John Durham, were 'bigger than Watergate' in reference to the scandal that caught former President Richard Nixon spying on political rivals.

He added that the lack of coverage on the matter on more liberal-leaning networks was a 'scandal' itself, in contrast with the steady stream of pundits and Republican officials weighing in on right-wing outlets.

'Can you imagine that, what should be the biggest story of our time, bigger than Watergate, is getting absolutely no mention, ZERO, in the New York Times, Washington Post, ABC Fake News, NBC Fake News, CBS Fake News, ratings-dead CNN, and MSDNC,' Trump said through his Save America PAC.

'This in itself is a scandal, the fact that a story so big, so powerful, and so important for the future of our Nation is getting zero coverage from LameStream, is being talked about all over the world.

Just like they wouldn’t talk about the many Biden corruption scandals prior to the Election, (or for that matter now!), they won’t talk about this, which is potentially even bigger. It shows how totally corrupt and shameless the media is.'

Trump even suggested he would be put to death if he were accused of hacking and falsifying information in an opponent's servers.

'Can you imagine if the roles were reversed and the Republicans, in particular President Donald Trump, got caught illegally spying into the Office of the President? All hell would break loose and the electric chair would immediately come out of retirement,' he said.

'The good news is, everybody is talking about not only this atrocity against our Nation, but that the press refuses to even mention the major crime that took place.'

DailyMail.com found no links or references to the latest revelations by John Durham on the mainstream sites mentioned by Trump -- even though the story has been picked up by outlets in the United Kingdom.

He called out the mainstream media's double standard over their lack of coverage of the allegations, suggesting that was a crime in itself

It's a sharp contrast to the wall-to-wall coverage the same networks gave to the now-discredited Steele dossier.

The Democrat-funded opposition research that suggested Trump was in the Kremlin's pocket was found to have been used as the basis for the FBI to surveil ex-Trump campaign aide Carter Page, before key claims in it were debunked and one of its key sources, a Russian analyst named Igor Danchenko, was charged with lying to that same agency.

At the time of Danchenko's arrest, it appeared that the same outlets giving the dossier oxygen before it could be further verified were poised to re-examine their coverage.

However since the weekend they have also been silent about Durham's findings.

Meanwhile, right-wing pundits and current and former Republican officials have come down on the Clinton team, some even agreeing with Trump's accusation that the Democrat's actions amounted to 'treason.'

Former Deputy National Security Adviser K.T. McFarland said the reason mainstream media outlets were ignoring the story was because they were complicit in conjuring a false narrative around the Trump administration, which she was part of for four months in 2017.

After leaving the National Security Council McFarland was briefly considered for the US ambassador post in Singapore.

However her nomination was derailed in the Senate after she was ensnared in former Special Counsel Robert Mueller's investigation of Russian interference in the 2016 election. McFarland had previously told senators that she was not aware of communications between ex-National Security Adviser Michael Flynn and Russia, though Mueller's probe later uncovered a 2016 email discussing a meeting between Flynn and a Kremlin official.

She told Fox & Friends on Monday that the media's coverage of the matter 'destroyed' her career and suggested they would try to do the same to Trump.

'I mean, they destroyed my career, my reputation, cost me hundreds of thousands of dollars in legal fees with the Mueller investigation. So the media, they don't want to touch this because they're complicit in it. They don't want to have to be called before a grand jury and have to say where they got the fake story and why they continue to peddle it.'

Ohio Rep. Jim Jordan suggested on Fox program America's Newsroom that Democrats and the media were working together to gin up a narrative.

He compared it to reports from late last year that the National School Boards Association worked in tandem with the Biden White House and Justice Department (DOJ) in a letter to the Attorney General comparing parents protesting Critical Race Theory and COVID-19 mandates to 'domestic terrorists.'

'They were creating the very news they were then tweeting about and trying to get the media to write about. Frankly, it's is no different, it's the template that the left uses, the Democrats use,' Jordan said Monday morning.

'It's the same thing that happened four months ago when we found out the Department of Education went out and solicited the letter from the National School Boards Association so they could to what they wanted to do, namely, spy on parents. And the same thing happened here.'

Louisiana Rep. Steve Scalise shared a compilation of online news front pages on Twitter Sunday, pointing out that none of them -- CNN, The New York Times, The Washington Post and MSNBC -- made any mention of Durham's findings.

Louisiana Rep. Steve Scalise pointed out that one day after the bombshell court filing, the explosive allegations against Clinton's campaign were noticeably absent from several large media outlets' Sunday coverage

No mention of Durham can be seen in Scalise's screenshots of CNN, MSNBC, The New York Times and Washington Post

'Yesterday it was revealed that the Clinton Campaign paid a tech company to infiltrate Trump Tower/White House servers and drum up the now-debunked phony Russian collusion hoax that the media ran with,' Scalise wrote.

'Now that same media is silent on this massive scandal. They're complicit.'

It comes after many of the same news outlets were accused of ignoring a study showing that COVID-19 lockdowns only reduced the virus mortality rate by 0.2 percent.

A review by three respected economists from Johns Hopkins University, Lund University in Sweden and the Danish think-tank the Center for Political Studies, found that restrictions imposed in the spring of 2020 - including stay-at-home orders, masks mandates and social distancing - only reduced COVID mortality by 0.2 percent.

The study, published in the Studies in Applied Economics January 2022 edition, that lockdowns caused 'enormous economic and social costs' and concluded that they were 'ill-founded and should be rejected as a pandemic policy instrument' going forward.

A study done by economists at Johns Hopkins found that lockdowns - including stay-at-home orders and school closures - only lowered COVID deaths by 0.2 percent overall

But the study was largely ignored by mainstream American media outlets, with just DailyMail.com, the Wall Street Journal, Fortune and the Washington Times publicizing it.

The study was nowhere to be found on the New York Times, Washington Post and ABC News websites, and while some regional NBC and CBS affiliates reported on the story, the national networks did not.

Durham's filings revealed how Clinton's election campaign paid money to a tech firm to 'infiltrate' servers that were at Trump Tower, and later the White House.

According to a filing from Special Counsel John Durham, the aim was to try and smear Trump by linking him to Russia, which had been accused of meddling in the 2016 U.S. Presidential Election.

Durham's motion that was filed on Friday looked a potential conflicts of interest with regards to former Clinton campaign lawyer Michael Sussman, who has been charged with making a false statement to a federal agent. Sussman has pleaded not guilty to the charge.

'Per Durham, this arrangement was put in motion in July of 2016, meaning the Hillary Clinton campaign and her lawyers masterminded the most intricate and coordinated conspiracy against Trump when he was both a candidate and later President of the United States while simultaneously perpetuating the bogus Steele Dossier hoax,' Patel told Fox.

The indictment against Sussman details how two months prior to the presidential election, in September 2016, he explained to FBI General Counsel James Baker he was not working 'for any client' when presented papers allegedly outlining a 'covert communications channel' between Trump's Organization and Alfa Bank, the largest of the private banks in Russia which has ties to the Kremlin.

Democratic lawyer Michael Sussman was indicted for allegedly lying to FBI general counsel James Baker over whether he was advising Hillary Clinton.

In Durham's filing on Friday, he revealed how Sussman 'had assembled and conveyed the allegations to the FBI on behalf of at least two specific clients, including a technology executive (Tech Executive 1), named as Rodney Joffe, at a U.S.-based internet company (Internet Company 1) and the Clinton campaign.'

It also states how Sussman and the Tech Executive (Joffe) met to speak with another lawyer working as General Counsel to the Clinton campaign, who Fox identify as Marc Elias from Perkins Coie law firm.

The filing also reveals how Josse worked with Sussman at the instruction of the Clinton campaign to 'assemble the purported data and white papers' - essentially to gather information that would tie Trump to Russia.

Trump reacted to the bombshell news with a stunning suggestion that Clinton should be executed over the allegations.

He released a statement on Saturday evening that began by mis-identifying the special counsel as 'Robert' rather than 'John.'

'The latest pleading from Special Counsel Robert Durham provides indisputable evidence that my campaign and presidency were spied on by operatives paid by the Hillary Clinton Campaign in an effort to develop a completely fabricated connection to Russia,' Trump said through his Save America PAC.

He added, 'In a stronger period of time in our country, this crime would have been punishable by death.'

'We've never seen anything like this in history,' Jordan said.

'So President Trump's statement yesterday, I think is right on target. This is truly unprecedented, truly something that has never happened in the history of our great country.' 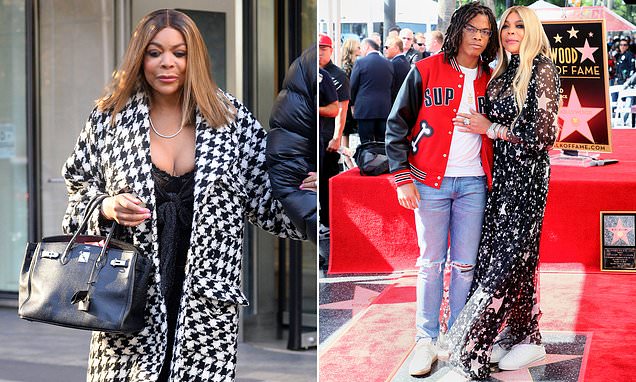 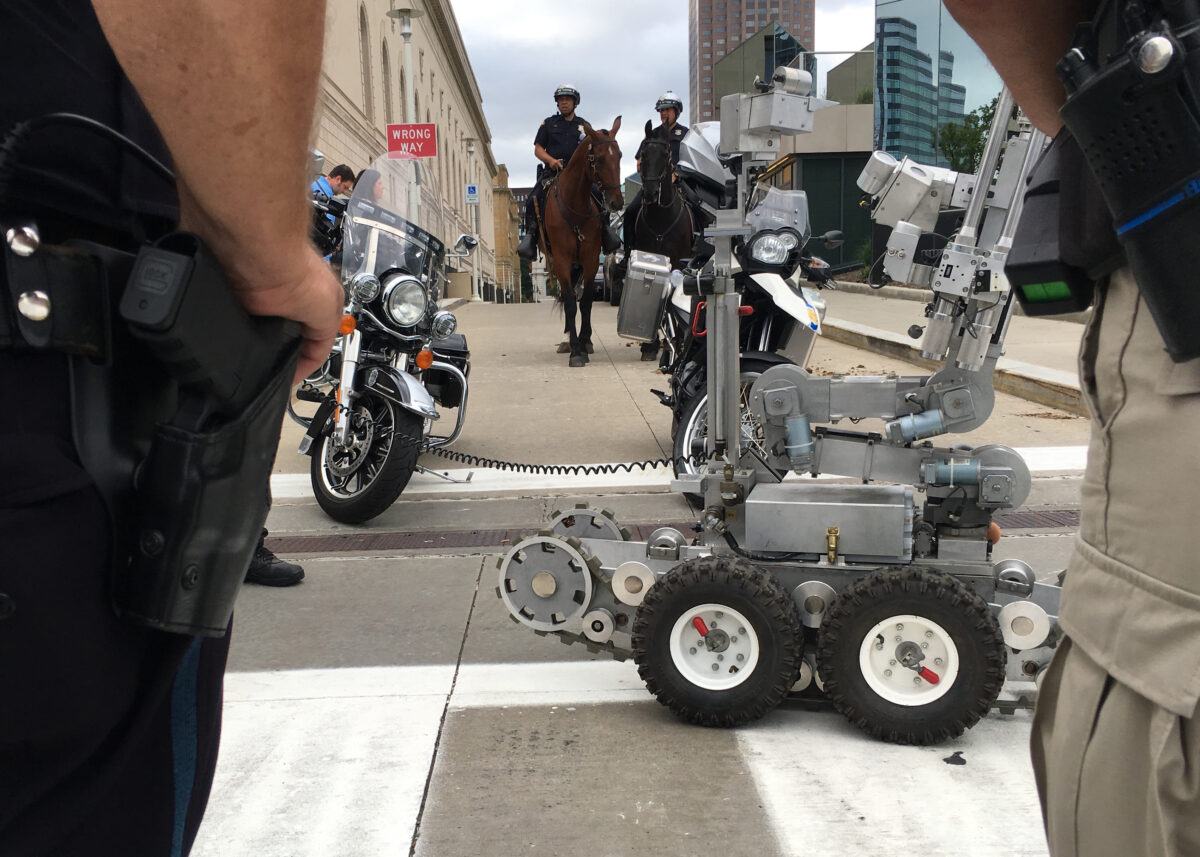