Greg and Travis McMichael have been found guilty on murder charges stemming from an altercation that led to the death of 25-year-old Ahmaud Arbery and has since fueled Black Lives Matter protests.

Greg McMichael and his son, Travis, were found guilty on Wednesday after a jury deliberated for about 10 hours over two days. The McMichaels’ neighbour, William Bryan, was also found guilty. The three men were charged with murder and aggravated assault after 25-year-old Ahmaud Arbery was shot and killed during a struggle in February 2020.

Travis McMichael claimed he shot Arbery, who was jogging through Georgia’s Brunswick neighborhood, in self defense. The three men suspected him of committing a burglary and said they were conducting a citizen’s arrest. The prosecution argued there was no proof of this alleged crime and the police had not been called. 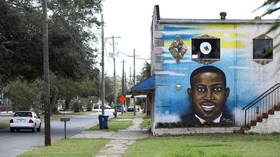 The incident was caught on video. Activists have highlighted the fact that Greg McMichael is a former law enforcement officer in Glynn County, Georgia, and questioned why it took months to charge the men.

All three men were convicted of felony murder, as well as lesser charges like aggravated assault.

Activists such as Al Sharpton have joined protesters outside the Brunswick, Georgia courthouse while the jury made their deliberations, which were individually confirmed by Judge Timothy Walmsley before the group was dismissed. The three men will remain in the sheriff’s custody while they await sentencing, which could be life in prison without parole for all three.

President Joe Biden joined in on celebrating the verdict, saying it ensures this “horrible crime will be punished.” Arbery’s murder, however, is a “reminder of how far we have to go in the fight for racial justice in this country,” according to Biden.

The men will also be facing separate federal hate-crime charges related to Arbery’s death in a trial set to kick off in February.

Friends of Minnesota man with Omicron variant have also test...

Covid outbreak on cruise ship with over 3,000 passengers