On September 3, 2021, Secretary of Homeland Security Alejandro N. Mayorkas and Senior Response Official of the Unified Coordination Group Robert J. Fenton, Jr. delivered remarks on Operation Allies Welcome, the all-of-government effort to support vulnerable Afghans, including those who assisted the United States in Afghanistan, as they safely resettle in the United States.  President Biden has directed the Department of Homeland Security to lead these ongoing efforts.

See below for the transcript of Secretary Mayorkas’s remarks:

Good morning.  Thank you for joining us today.

Before we speak about Operation Allies Welcome, I want to give you a brief update on our response to Hurricane Ida.  First and foremost, our hearts break for the families and loved ones that we lost in Hurricane Ida and its aftermath, from landfall in Louisiana and Mississippi, to the more recent flooding in Pennsylvania, New York, New Jersey, and Connecticut.  We offer our prayers and our support to your communities.  We share in your grief, and your resolve to rebuild and recover.

President Biden is visiting Louisiana today and I want to reiterate what he, our FEMA Administrator Deanne Criswell, and all of us have made clear from the start: Our federal government said that we would be ready to respond to this massive and catastrophic storm, and we were.  We pre-positioned personnel, assets, and resources on the Gulf Coast and in key areas ahead of time.  We had meals and water in place for anyone forced from their home.    We secured generators for hospitals, so they could continue to treat patients no matter what. We continue working to provide the states with fuel to cover any shortages. Right now, we encourage people to stay away from flooded and damaged areas for their own safety.  And I make this pledge, thanks to the extraordinary team at FEMA and our partners in state and local government, just as we were there before and during the storm, we will be there long after to help the impacted individuals, families, and communities, in their recovery.

Now let me turn to Operation Allies Welcome. I am joined today by a remarkable public servant, Bob Fenton, about whom I will speak in a moment.

Yesterday, I visited three sites that are part of Operation Allies Welcome, our unprecedented, historic effort to resettle in the United States tens of thousands of Afghan nationals, many of whom assisted the United States and many of whom are vulnerable women and girls.  One of the sites I visited was the Dulles Expo Center, a large care shelter where the people and their families are checked in, offered a COVID vaccine, fed, provided medical care, counseled, and sheltered before their onward movement.

I spoke with a relief worker who has dedicated her 20-year federal career to refugee work around the world.  She said that tragically, wherever she has worked abroad, the refugees feel fear when they see a soldier in uniform.  For the past 11 days, she has been working around the clock at the Dulles Expo Center.  Each day, she makes it a point to walk around the facility, alongside an American soldier in uniform.  Why?  Because it gives her stature.  The Afghan Nationals look at the soldier as their protector.  It is the American soldier who has brought them to safety in America.  Every single day our military personnel perform heroic work in the service of so many.

Operation Allies Welcome is the ongoing effort to bring Americans home, and to bring vulnerable Afghans to the United States and support their resettlement.  The President of the United States has the authority to designate a federal agency to lead a federal response.  Last Friday, he designated the Department of Homeland Security as the lead federal agency to coordinate Operation Allies Welcome to help ensure unity of effort, clear roles and responsibilities, synchronized priorities, and effective coordination across the federal government.

This initiative requires us to call on the resources, expertise, and authorities of every part of the federal government.  DHS possesses vast operational expertise and a long record of leadership bringing different agencies together to execute a single mission.  We have stood up a Unified Coordination Group—or UCG—to coordinate our efforts across the federal government.  I have designated Bob Fenton, a top leader at FEMA, to lead the UCG.  Mr. Fenton will report directly to me.

The Unified Coordination Group will focus on a broad range of services throughout vulnerable Afghans’ resettlement process, from initial immigration processing and COVID testing, to resettlement support for individuals who are neither US citizens nor lawful permanent residents.  The resettlement support will include initial processing at pre-designated U.S. military bases prior to being resettled with and into communities.

DHS is fundamentally a Department of partnerships.  We depend on close coordination with the intelligence community, law enforcement, state, local, tribal and territorial officials, nonprofit organizations, and social service groups.  The team and I already have spoken with a number of governors, and local officials.  I have met with more than 40 community-based organizations, including Afghan-American organizations, to learn of their ideas and recommendations.  I have heard, and we will operationalize more robustly, their recommendations, including cultural competency, access to counsel, trauma counseling, and pastoral care. We will work to expedite receipt of donations from generous-hearted Americans throughout our great country.

First, the federal government has been focused on the screening and vetting of individuals evacuated from Afghanistan.  The Department of Homeland Security remains ever vigilant against attempts by foreign adversaries to exploit vulnerable populations as a means of gaining access to the U.S. for nefarious purposes.  Consequently, as part of a collaborative, interagency effort that includes DHS, the Departments of Defense and State, the FBI, the National Counterterrorism Center, and other agencies, the Federal Government has established a robust screening and vetting architecture with the dual goals of protecting the homeland and providing protections for vulnerable Afghans.  In partnership with Federal agencies, we have built the security and vetting system to operate in the transit countries abroad.  DHS has deployed nearly 400 employees from CBP’s Office of Field Operations, the Coast Guard, TSA, and other agencies to assist in the vetting process.

In addition, we and the Department of Defense have shipped hundreds of biometric screening machines to the transit third countries.  In those transit countries, we conduct our biometric and biographic screening.  This includes checking against multiple agencies’ records.  Our policy is not to board flights to the United States until they are cleared.  We undertake quality-control checks at every step of the travel process, including while the individuals are in route and before de-planeing.

Most individuals arrive at Dulles or Philadelphia Airport, where they are processed for entry and tested for COVID.  For those who are not U.S. citizens, lawful permanent residents, or do not otherwise have a support system here in the United States, the vast majority are opting to go to a military base pending resettlement efforts.  Thanks to the partnership with the Department of Defense, we have designated eight military bases for this purpose. Through the Unified Coordination Group, at the military bases, we are providing the resources individuals need to include medical care, language access resources, immigration assistance, and other vital services.

In addition to DHS and the Department of Defense, the federal agencies working on this effort include the Department of State, Health and Human Services, Justice, and Education.  Our goal is to move the vulnerable Afghan nationals out of the military bases and have them resettled successfully in the community as swiftly and safely as possible.  We are building the public-private partnership to achieve this objective at scale.

This is just the beginning of this operation, and there's far more to come, But here's the bottom line: In just the last few weeks, more than 120,000 people have been safely evacuated from a Kabul.  Among them are thousands of vulnerable Afghans, many have worked on behalf of the United States.  We have a moral imperative to protect them, to support those who have supported this Nation.  We have an obligation to do so in a way that protects our national security and preserves public safety.

At Fort Lee, one of the military bases designated to receive vulnerable Afghan nationals, I heard two stories yesterday that helped communicate the meaning of our operation and the meaning of our country.  When families arrived at Fort Lee, the children are given an American flag. As the children wave the flag, the Afghan men place their hands over their hearts out of respect, in gratitude, and in reverence.  I met with a federal government employee who was working at Fort Lee to help Afghan nationals in the immigration process.  The federal government employee served in Afghanistan in 2009 and 2010.  He was supported by an Afghan national who worked as his interpreter.  The federal government employee has kept in touch with the interpreter for the past 10 years.  Last week he assisted the interpreter and his family with their immigration papers at Fort Lee.

As we move forward through this process, these individuals will be resettled across the country.  Just like generations of newcomers throughout our history, they will have the opportunity to enrich the fabric of our Nation.  And I would ask all Americans to welcome them into our communities.  That must be the promise and the purpose of Operation Allies Welcome. We have a solemn duty to meet this mission, and I know, together, we will.

With that, I will turn things over to Bob.

See below for the transcript of Bob Fenton’s remarks:

Thank you, sir.  I'm honored to be leading the Unified Coordination Group, which has been working around-the-clock with multiple different federal agencies to establish a robust process in which agencies from across the government can come together to meet the needs of the mission at hand.

We have an integrated screening and security vetting process, which includes biometric and biographic screening.  This is conducted by intelligence, law enforcement, counterterrorism professionals from, not only the Department of Homeland Security and CBP, but also from the Federal Bureau of Investigation, the Department of Defense, the State Department, the National Counterterrorism Center, and additional intelligence partners.

We are ensuring that we have the adequate resources in place to provide health screening as individuals come into the airports to test for COVID-19 and offer vaccinations to everyone who arrives in the United States as part of the Operation Allies Welcome.  We continue to take every precaution to stop the spread of COVID-19.

With the help of CBP and USCIS, we are coordinating for personnel to be available at every step of the immigration process to assist as appropriate.  USCIS has deployed personnel to adjudicate applications for employment authorization and other immigration-related processes.

It is our responsibility to work with the Department of Defense to provide for the safety and well-being of those who have transitioned into the different military facilities that have become operational across the United States.  Thus far, we have eight facilities that are safe havens that we're using: Fort Bliss, Fort Lee, Fort McCoy, Fort Pickett, Joint Base McGuire-Dix-Lakehurst, Camp Atterbury, Marine Corps Base Quantico, and then Holloman Air Force Base.

And lastly, we are working across the federal government, with help from our federal, state, private, nonprofit, local NGOs, and local governments to ensure that, after the Afghan nationals have left our care, they are properly integrated into communities across the United States with the compassionate support that is needed. Thank you. 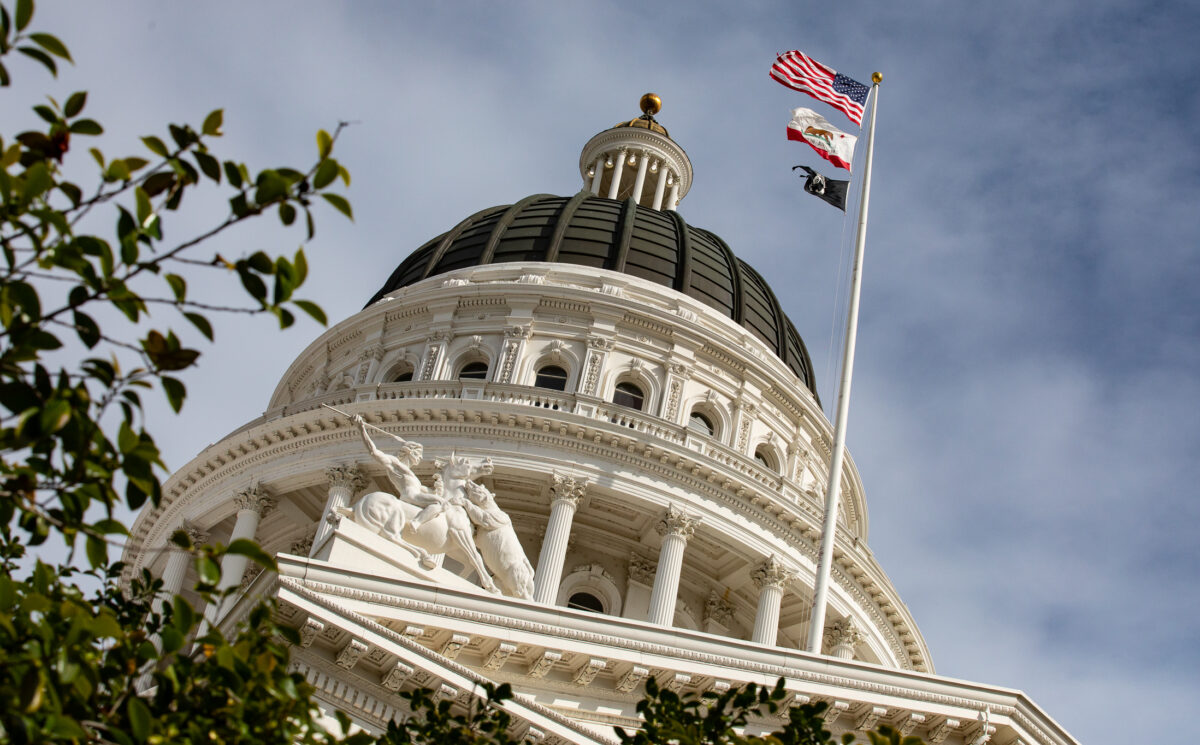 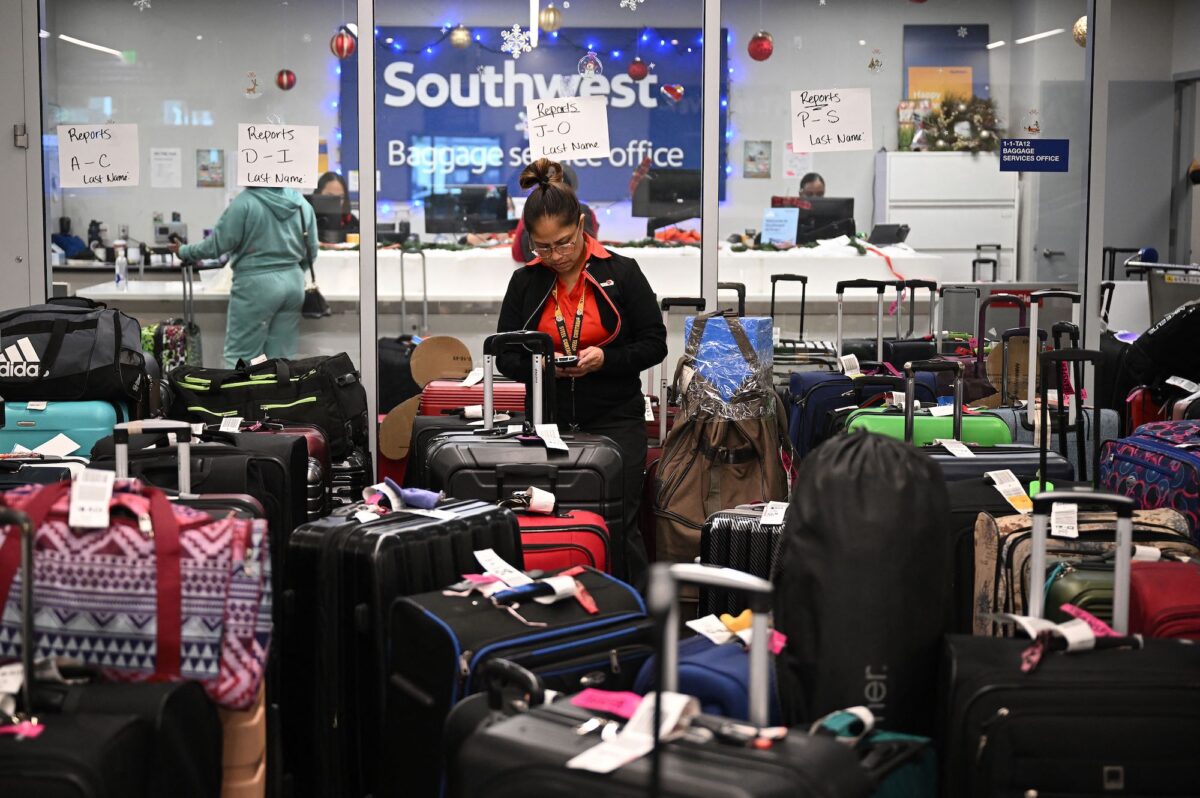 Southwest Airlines in US Senate Hot Seat Over December Meltd...