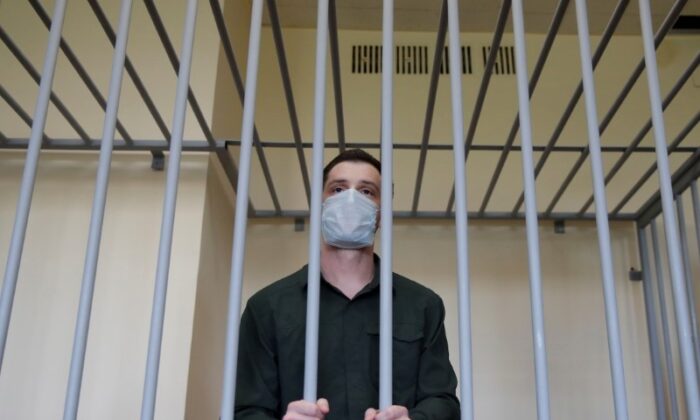 MOSCOW—A Russian appeals court on Monday upheld a nine-year prison sentence for Trevor Reed, a former U.S. Marine who was convicted last year of endangering the lives of two police officers in August 2019, charges he denies.

U.S. Ambassador John Sullivan, who returned to Moscow last week after leaving in April amid a diplomatic crisis, said he regretted the court’s decision.

“Today marks another sad milestone as Trevor Reed’s appeal was denied,” Sullivan said, in comments shared on Twitter by the embassy’s spokesperson.

“(It is) another absurd miscarriage of justice in Russia as the world watches,” Sullivan said.

U.S. State Department spokesperson Ned Price said in a Twitter post, “We are deeply troubled” by the court’s decision and that Washington would work on Reed’s behalf “until Russia does the right thing and returns him to his family.”

President Vladimir Putin and his U.S. counterpart Joe Biden discussed the topic of prisoner swaps at talks in Geneva this month.