PRESIDENT BIDEN:  Well, I’m really happy to have President Rivlin here.  And I don’t want to — it’s not technically appropriate, but I — I’m so delighted his daughter is here.  She’s in the back right there.  And I got to — I got to meet her and talk about our kids and grandkids and all the like.

At any rate, I just want to thank the President for being here and for your dedication to strengthening the relationship between the United States and Israel.

PRESIDENT BIDEN:  And as the American press here can tell you, my commitment to Israel is — well, they can’t tell you anything actually; they’re not supposed to — but it’s ironclad.  It’s real.  It’s something that — I often say, if there weren’t an Israel, we’d have to invent one.

And so, this includes we’re — you know, we’re committed to unwavering commitment to your self-defense.  And today we’re going to be discussing a broad range of challenges, including Iran.  What I can say to you: Iran will never get a nuclear weapon on my watch, as they say.

PRESIDENT BIDEN:  And — and, you know, the — I directed last night’s airstrikes targeting sites used by the Iranian-backed militia groups responsible for recent attacks on the U.S. personnel in Iraq.  And I have that authority under Article 2.  And even those up in the Hill who are reluctant to acknowledge that have acknowledged that’s the case.

I also want to be clear that, as I said, my team and I are already working closely with the Israeli government to — that took office earlier this month.  I’m looking forward to hosting Prime Minister Bennett at the White House very soon.  And the U.S. fully supports normalization of the relationship between Israel and Middle Eastern countries — that you’re making some headway on — and Africa as well.

And beyond, the important progress we are really looking forward to building back a wider block of peace and stability.

And, going forward, Mr. President, the United States and Israel are going to continue to work together to advance peace in the region and stability.

And I’ve only one regret: You’re leaving as President.  But not — not immediately, and not soon.

PRESIDENT RIVLIN:  Seven years, for Israel, is enough.  For the Americans, eight years could be —

PRESIDENT RIVLIN:  It’s good to — to be President, I must say to you.  Yeah.

PRESIDENT RIVLIN:  I did.  Absolutely.

PRESIDENT RIVLIN:  I — I did my best, of course.

PRESIDENT BIDEN:  Well, you did your best, and it was as good as it could be.

PRESIDENT BIDEN:  All right, everybody.  You have anything else you’d like to say?

PRESIDENT RIVLIN:  Of course, I would like to say and to mention that I’m delighted — really delighted to be here once again in the White House with you, the President of the United States.

Of course, I have to repeat what we know very well: Israel have no greater friend, ally than the United States of America.  You are our best friends, and we are sharing — we are best friends, and the bonds between the people of Israel and the people of America is based on the understanding that we are sharing values — value — values of democracy and values of liberalism.

And because of that, of course, we, according to a real friendship, can from time to time discuss matters.  And even the — the — agree not to agree about everything.  But we count on you.  Your, really, declaration just now really brought the Israelis to understand that we have a great friend at the White House.

PRESIDENT BIDEN:  We do.

PRESIDENT RIVLIN:  Mr. President, God bless you.  God bless the people of America.  And God bless the relationship between our two nations and to our two states.

PRESIDENT BIDEN:  Well, I agree with you.  And thank you very much for being here.

PRESIDENT BIDEN:  Thank you all very much.

Q    Mr. President, when will you visit Israel?

PRESIDENT BIDEN:  I don’t have a date, but I will.

PRESIDENT BIDEN:  My bottom line on infrastructure is exactly what we negotiated.  Thank you. 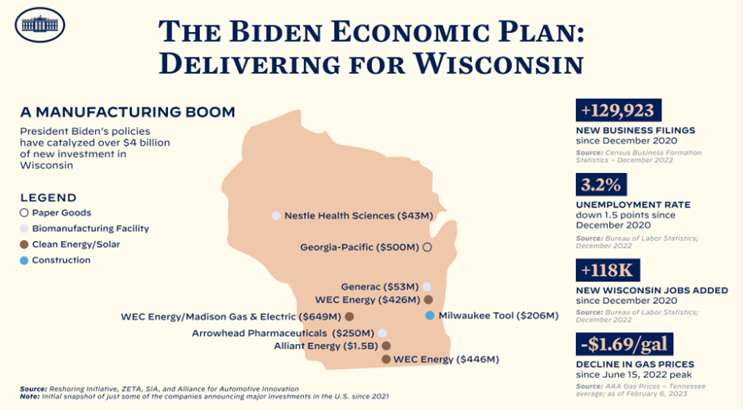