New York City subway stabbings have skyrocketed by 35 percent in a year, with a Trader Joes' worker being one of the latest victims after being horrifically slashed across face for standing up to a rude passenger.

The subway stabbings and slashings have spiked 29 percent in the last last year, with 182 incidents compared to 141 a year before in 2020.

And 2022 is squaring up to be even worse. So far this year, there have been 27 subway attacks on passengers - a 35 per cent increase on the 20 reported for the same period of 2021.

One straphanger, a Trader Joe's employee named Kevin Young, was repeatedly slashed across the face, hand and behind the ear after accidentally bumping into into a disturbed passenger on February 12.

The incident occurred around 5:45 am at the Union Square subway station on East 14th street as Young tried to step off a southbound Q train on his way to work to begin his 6 am shift.

'Subway crime is out of control,' fumed Young, 36, to the New York Post.

'I tried to defend myself as much as possible. As soon as I held him down, he got his blade and went to work.'

A Trader Joe's employee was slashed across the face, hand and behind the ear by a disturbed passenger on February 12 while en route to work at the Union Square store, pictured above

Young required 25 stitches to close his wounds, and underwent surgery at Bellevue Hospital on Thursday to fix some nerve damage in his left middle finger that he sustained during the attack.

'And I have to get pin plates inserted into my right index finger so the bones could grow back,' he groaned.

His assailant, who has yet to be identified or arrested as of Saturday, was last seen wearing a black jacket, black jeans, black Adidas bag and eyeglasses, police said.

The attack on Young comes just days after a 39-year-old woman was slashed in the forehead by another woman with a boxcutter while traveling on a 5 train at 59th Street and Lexington Avenue.

Meanwhile, Mayor Adams said he's cracking down on crime in the city's subway system by deploying 1,000 additional officers as well as teams of health workers to address rampant homelessness on the transit system.

Adams announced the new Subway Safety Plan initiative on Friday with Gov. Kathy Hochul, who said the state would deliver 600 new psychiatric beds another another 500 beds at shelters in the city to try and provide help for those currently living in the subways, many of whom suffer from severe mental illness.

It comes amid a spate of shocking crimes in NYC, including the death of a Deloitte advertising executive killed after she was pushed in front of a train in an unprovoked attack at Times Square Station in January.

The state will also be investing $9 million a year to recruit psychiatrist and nurses as Adams said a 30 teams of service and health workers would also be deployed to work alongside officers at the subway.

The plan comes after a breakdancer was stabbed by a homeless man yesterday and in the wake of Michelle Go's murder, where the 40-year-old was pushed beneath a train last month by a homeless man with a history of mental illness.

Gov. Kathy Hochul said the state was investing more than $39 billion on beds to address mental health needs in New York, including 1,100 beds for the city

The city has deployed an additional 1,000 officers to patrol the subway system starting Friday

Adams said NYPD officers would be deployed on the A, E, 1, 2, N and R lines and that service workers would be part of 'End of the Line' teams with officers to make sure the trains are cleared during their final stops.

The health workers would be there to help the mentally-ill and guide them to the city's support services, while the officers are directed to enforce laws against laying down, sleeping, outstretching, littering, drug use and aggressive behavior towards riders.

'No more just doing whatever you want. No, those days are over… The system was not made to be housing, it's made to be transportation.'

Hochul added, 'We will accomplish what new Yorkers deserve, and that is a safe ride on our subway system while also recognizing the very real humanitarian crisis that has been unfolding before our eyes for far too long.'

40-year-old consultant Michelle Go killed after a homeless man shoved her in front of a subway car in January. Her murder started calls for safety in NYC's subway system

The plan also involves an expansion of Kendra's Law, a 1999 statue that allows judges to force outpatient treatment for mentally ill people.

The initiative has drawn worry from advocates of the homeless who fear it could be used to target a vulnerable population.

'We are terrified about what is to come,' Josh Dean, executive director of Human. NYC told the Gothamist.

'Aggressive NYPD targeting of homeless New Yorkers does not solve homelessness — it just moves it. We need to take an entirely different approach, centered around housing, around compassion, and around building trust. We cannot more strongly condemn today's plan and the dehumanizing rhetoric that accompanied it.'

Adams and Hochul's plan comes after a spate of crimes have plagued New York City's subway system, which services about 3 million people every day.

On Thursday a 22-year-old unnamed man, was performing on the train when he was stabbed twice in the leg and once in the arm.

Police say the victim was stabbed by an unknown individual while on the train at the 14th Street and 3rd Avenue L-train subway station in Manhattan just after 2 p.m.

The suspect fled after leaving the train at the 1st Avenue subway stop. The victim stayed on the train before getting off at the Bedford station in Brooklyn's Williamsburg.

The victim was then taken to Bellevue Hospital in Brooklyn, where he was said to be in stable condition.

The suspect was described by police as a man in his 40s. They believe that he is homeless.

It remains unclear what led to the stabbing. The incident is under investigation.

Police say the victim was stabbed by an unknown individual just after 2 p.m. at the 14th Street and 3rd Avenue subway station

The platform was temporarily closed off at the station

She died on January 15 died after Simon Martial allegedly shoved her off the platform at West 42nd Street and Broadway at around 9:40 am.

When Martial, who has a lengthy criminal history, was asked by a reporter if he had been the one to push Go, he seemingly admitted to killing the subway rider and said: 'Yes, because I'm God. Yes, I did it. I'm God. I can do it.'

Speaking to the New York Post last month, Martial's older sister, Josette Simon, from Georgia, argued that her brother belonged in a mental health facility and should have been kept off the streets.

Nearly every single police precinct in New York City has seen spikes in crime so far this year - including five in which the rate has doubled, new data from the NYPD shows

According to the recently released crime data - which takes into account offenses occurring up until the week ending on February 6 - robberies have soared by almost 35 percent when compared to the same period in 2021.

Rape has also increased by more than 35 percent and overall crime in the Big Apple has skyrocketed by 41.65 percent, according to the data.

Murders, meanwhile, are down 13 percent at this time over last year, while shootings have increased by a startling 30 percent.

New NYPD data shows that nearly every police precinct in New York City has seen spikes in crime this year - including five in which the rate has doubled. 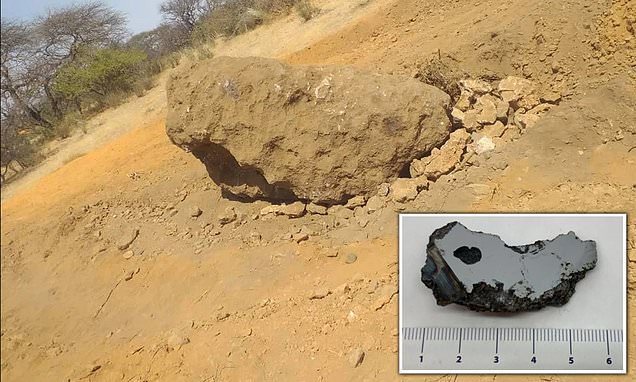