The San Bernardino County Board of Supervisors this week voted to add a November 2022 ballot measure that would allow the county to secede from California.

“Now, that last line is the most controversial,” said Supervisor Curt Hagman during Wednesday’s meeting about the proposal. “It’s a question we’re going to put to our residents. Do they want to include all options to go after [the] fight for their fair share of taxpayer dollars?” he asked.

Over the years, some California counties have evaluated the possibility of seceding from the Golden State due to monetary, cultural, and other differences. In 2016, a failed ballot measure would have split California into six states, while a 2018 proposition that also failed would have created three new states.

But San Bernardino County is the largest county in California and United States, spanning more than 20,000 square miles and home to well over 2 million people. Cities like Fontana, San Bernardino, Victorville, Hesperia, and other municipalities are within its borders, which stretch from Los Angeles County to the California-Nevada and California-Arizona state lines.

Supervisor Joe Baca Jr. said he doesn’t want the county to split from California but is interesting in studying whether its residents should receive more state and federal funds.

“I do think we have to look at anything we can do to enhance services for our residents,” Baca said, reported The Herald Sun newspaper. “I’m not in favor of seceding. I’m proud to be from California. I love California.”

Hagman concurred with Baca’s assertion and noted that it would be acceptable “if the worst thing that comes out of this is a study that will be ammunition for our state representatives to fight for more money for us.”

“San Bernardino is a large county in both terms of size and population, with many pieces of critical infrastructure,” Barbara Rodriguez, an accountant who assists in state and local fund tax breakdowns, told the California Globe Thursday. “And the people there are feeling like they are being gipped. Like most counties, they are looking for more money coming in, and seeing their county be so low on the list has really incensed them.”

Supervisor Janie Rutherford, meanwhile, said she doesn’t “believe it’s feasible politically or financially to secede from California,” adding, “I absolutely joined with my constituents who have a growing palpable anger about everything.”

Many Californias are dealing with daily problems, including heavy taxes, the nation’s highest gas prices, and widespread homelessness, added Rutherford.

California, she said, has an “ineffective justice system, broken schools, [and] the state’s overreaching counterproductive regulatory schemes, housing and affordability to the ineptness of the state’s preparation for this drought.”

“People pay high taxes, and they do not believe those taxes are coming back to their neighborhoods to address the problems they’re most concerned about,” Rutherford said. “That’s what we heard from our public last week, and there is nothing crazy at all about being angry about those things.”

Jack Phillips is a breaking news reporter at The Epoch Times based in New York. 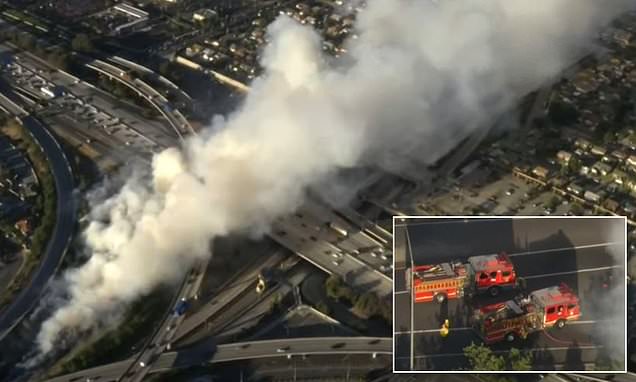