Still reeling from the assassination of President Jovenel Moïse, on 7 July, the country was crippled on 14 August by a deadly 7.2 magnitude earthquake that affected over 800,000 people in its southwestern peninsula.

Helen La Lime, Special Representative and head of the UN Integrated Office in Haiti (BINUH) said that “long awaited” national and local elections have now been further postponed while “insecurity has become rampant in Port-au-Prince, as kidnappings are once again on the rise and gangs have extended their control over large swaths of the city.”

"We must ensure that Haiti does not become a forgotten crisis", said Special Representative Helen La Lime this morning, appealing for full engagement of the int'l community and the Gov't of #Haiti to ensure stability, security & sustainable development. https://t.co/82Yzfw0PUv pic.twitter.com/5m5z8TtkwD

She also noted the recent forced return of thousands of Haitian migrants from the US-Mexico border, many of whom had simply “sought better living conditions in neighbouring countries”.

While the country’s seemingly never-ending crises have pushed the resilience of the Haitian people to the brink, there is some good news, said Ms. La Lime.

In a positive step towards reviving democratic institutions, politicians from across the spectrum, including former opposition and ruling coalition groups, reached an agreement on 11 September, to form a new Provisional Electoral Council, with a view to holding elections no later than the second half of 2022.

And a large national consensus wishes to reform the 1987 Haitian constitution, a charter widely viewed as contributing to the recurrent political and institutional instability.

“One can only hope that Haitian political and civil society leaders will continue to work together to find common ground around a common project that will contribute to fostering a more appeased climate in which decisive action can be taken and essential reforms enacted”, said the BINUH chief.

Meanwhile, security must be re-established, especially in the Port-au-Prince metropolitan area, as a significant and sudden increase in gang violence has caused the displacement of some 19,000 people from the communes of Cité-Soleil, Croix-des-Bouquets, Delmas and the Port-au-Prince neighbourhood of Martissant.

“The control that gangs exercise around strategic entry and exit points of the capital has had a detrimental impact on Haiti’s economy and the movement of people and goods”, said the UN official.

However, an over-stretched, under-resourced police force cannot stem the rise in crime without being strengthened and accompanied by Government services to impoverished neighbourhoods.

“The Government must implement a more holistic approach to addressing gang violence, within the framework of the national strategy for community violence reduction”, she stated.

Although Haitian citizens have unanimously condemned President Moïse’s assassination and called for a thorough investigation, Ms. La Lime flagged that “judicial actors must be allowed to work independently…with reassurance that they will be protected while undertaking the delicate task of identifying and prosecuting the perpetrators”.

The August earthquake added another layer of complexity to an already dire humanitarian situation. Amidst ongoing relief operations, the Special Representative said that early recovery and restoring jobs, must be supported in the affected areas.

“We must ensure that Haiti does not become a forgotten crisis”, continued the UN official, urging Member States to contribute to the $187.3 million Flash Appeal launched for those affected by the earthquake and the $235.6 million 2021-2022 Humanitarian Response Plan.“It is a race against time to ensure that children can return to school, that farmers do not miss the next planting season, and that people currently living in spontaneous displacement camps return to their homes as quickly as possible”, she said.

Ms. La Lime underscored that, “through urgent, determined and concerted action”, Haiti can address its deep structural challenges and governance and development deficits that feed the country’s “instability, insecurity, and ever-growing humanitarian needs”.

“Along with the United Nations, the entire international community must continue to steadfastly stand alongside the Haitian people and their Government as they endeavour to forge a path towards stability, security and sustainable development”, she concluded.

Currently, about 70 per cent of all schools in the Southwestern part of the country are still damaged or destroyed, according to the UN Children’s Fund (UNICEF).

“I am shocked to see how many schools are flattened or damaged due to the earthquake,” said Bruno Maes, UNICEF Representative in Haiti.

Kicking off a back-to-school campaign, about 300,000 students are gradually starting to resume classes in the three earthquake-stricken departments, because “with or without schools, learning and teaching must continue now”, he added.

If classrooms remain closed, UNICEF estimates that more than 230,000 children are at risk of dropping out of school in the Great Southern departments of Haiti.

“The longer children wait, the more difficult it will be to get them back to school”, warned Mr. Maes. 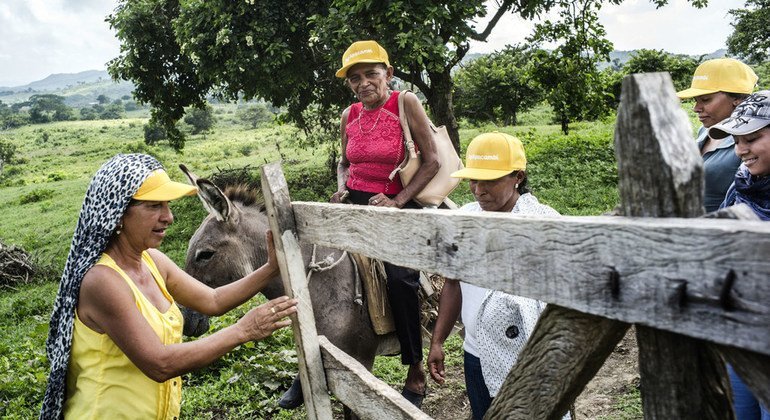 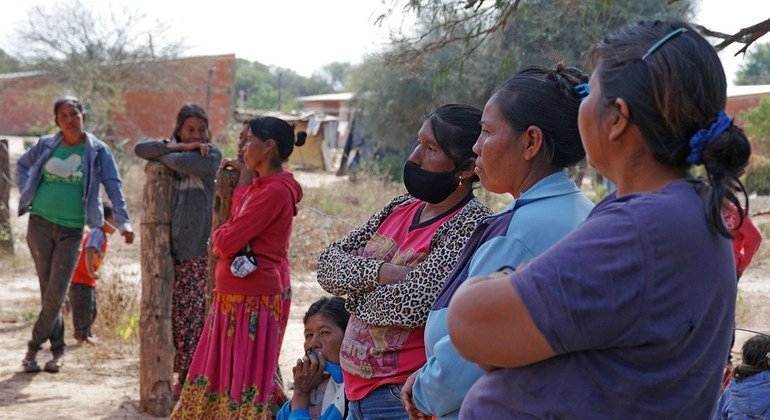 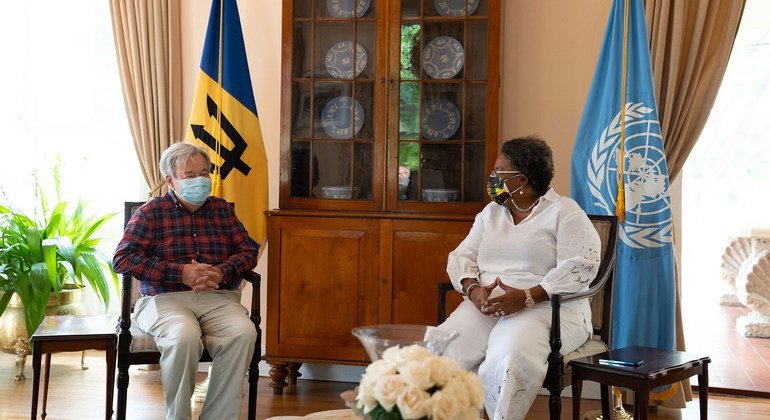