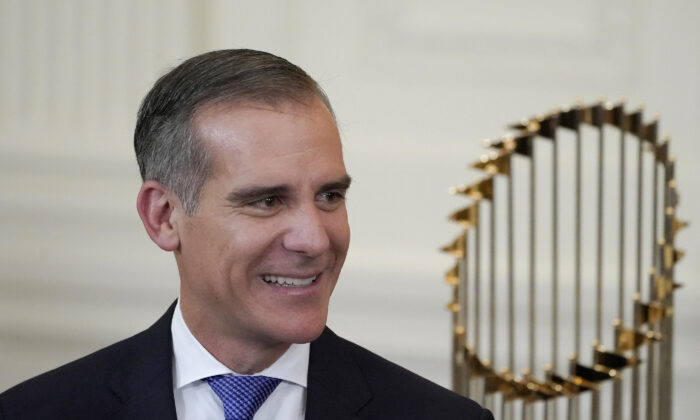 In a statement regarding his nomination, the mayor acknowledged neither that his moving to India will put him into political obscurity, nor the possible benefits some direct international experience may have later in his career.

Of the four nominations announced by the president, Garcetti is the only person who does not have previous diplomatic experience.

Garcetti said in the statement, “every day I am your mayor, I will continue to lead this city like it is my first day on the job, with passion, focus, and determination.”

Los Angeles city council has the power to fill Garcetti’s role if he leaves office.

With two of the fifteen council members and the county’s district attorney facing recall petitions, it is likely the backroom deal making will be heavily weighed against appointing a caretaker mayor, such as a former mayor who will hold office only until the November, 2022 mayoral election.

Of the fifteen L.A. city council members tasked with appointing Garcetti’s replacement, only District 10 representative Mark Ridley-Thomas issued a statement regarding the mayor’s nomination and likely departure from Los Angeles.

After praising Garcetti, Ridley-Thomas went on to say, “Transition also creates room for ingenuity and opportunity. It is incumbent upon the city council to lean into this change, and work with collective nimbleness, perseverance, compassion, and the pursuit of justice, to address the myriad of issues facing this city—of which the homelessness crisis and recovery from the pandemic remain front and center.”

As the U.S. Senate takes up whether to confirm Garcetti to be the nation’s next ambassador to India, Los Angeles city council must consider the likely far more contentious question of who will be the chief executive of Los Angeles. Council deliberations will have to weigh all the political issues with all the issues facing the city, including continued recovery from the shutdowns and the severe housing shortage.

Tim Shaler is a professional investor and economist based in Southern California. He is a regular columnist for The Epoch Times, where he exclusively provides some of his original economic analysis.

Views expressed in this article are the opinions of the author and do not necessarily reflect the views of The Epoch Times.