Facebook whistleblower, Frances Haugen reacts during an interview with Reuters ahead of a meeting with German Justice Minister Christine Lambrecht, in Berlin, Germany, November 3, 2021.

The new group appears to build on the solutions she's proposed to lawmakers and social media companies themselves about how to make platforms safer, based in part on her experience as a former product manager on Facebook's civic misinformation team.

Haugen has become a well-known figure since leaking tens of thousands of pages of internal documents and later revealing her identity on "60 Minutes" last year. She also testified before Congress.

"Beyond the Screen" will start by creating an open-source database of ways "Big Tech is failing in its legal and ethical obligations to society," according to a press release, and detail potential solutions. The group calls this a "Duty of Care" project that aims to identify gaps in research about online harms and come up with ways to fill them.

The contents of the leaked documents, which Haugen also turned over to lawmakers and the Securities and Exchange Commission, were first reported by The Wall Street Journal. Those reports detailed the company's knowledge of its product's sometimes harmful effects on children and teens, varied content moderation standards for high-profile accounts and struggle dealing with potential harmful content in different languages and cultural contexts.

Facebook has previously said the documents were cherry-picked and their framing skewed away from potentially positive interpretations of the data. Facebook parent company Meta did not immediately respond to a request for comment on Haugen's new venture.

Haugen has more recently advocated for specific laws in the U.S. and abroad that aim to make social media safer for kids. Haugen voiced her support for the California Age-Appropriate Design Code Act, which was recently signed into law by Gov. Gavin Newsom. The law will require many platforms to design their services with children's privacy and safety in mind and prevent them from nudging minors to provide personal or location information, among other things. Tech industry groups argued the language was too broad and burdensome on many platforms. 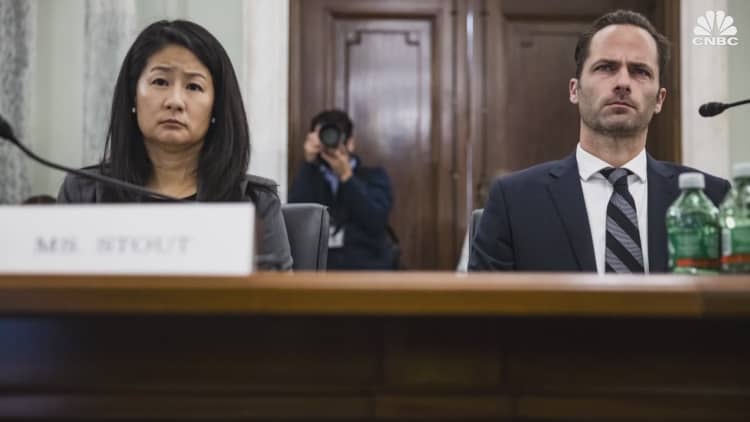