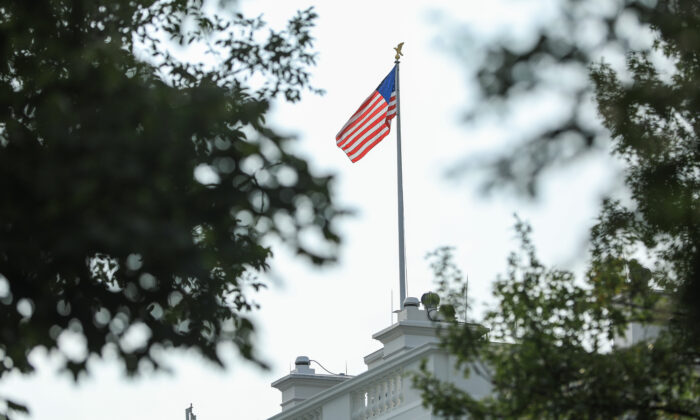 Four people are critically injured after they were struck by lightning near the White House on Aug. 4, according to emergency officials.

According to the District of Columbia Fire and Emergency Medical Services Department, at 6.53 p.m. the department “received a report of a lightning strike at Lafayette park with multiple patients.”

Lafayette Square, a seven-acre public park that lies directly north of the White House, is often crowded with visitors, especially in the summer months.

The lightning struck the four people near a tree that stands yards away from the fence that surrounds the presidential residence and offices.

“When we arrived we found a total of four patients, there were two adult males and two adult females,” Vito Maggiolo, a spokesperson for the department, said in a statement posted on Twitter. “All four were suffering from critical life threatening injuries.”

“We were able to quickly treat and transport all four patients and they were all taken to area hospitals,” he added.

Members of the U.S. Secret Service and U.S. Park Police had witnessed the lightning strike and immediately responded by providing medical aid to the injured people. Maggiolo thanked them for their swift action.

The identities of the injured people have not been confirmed or disclosed.

But with the high humidity, the heat felt like more than 100F, forecasters said. A violent thunderstorm swept through the capital late in the day.

Reuters contributed to this report.